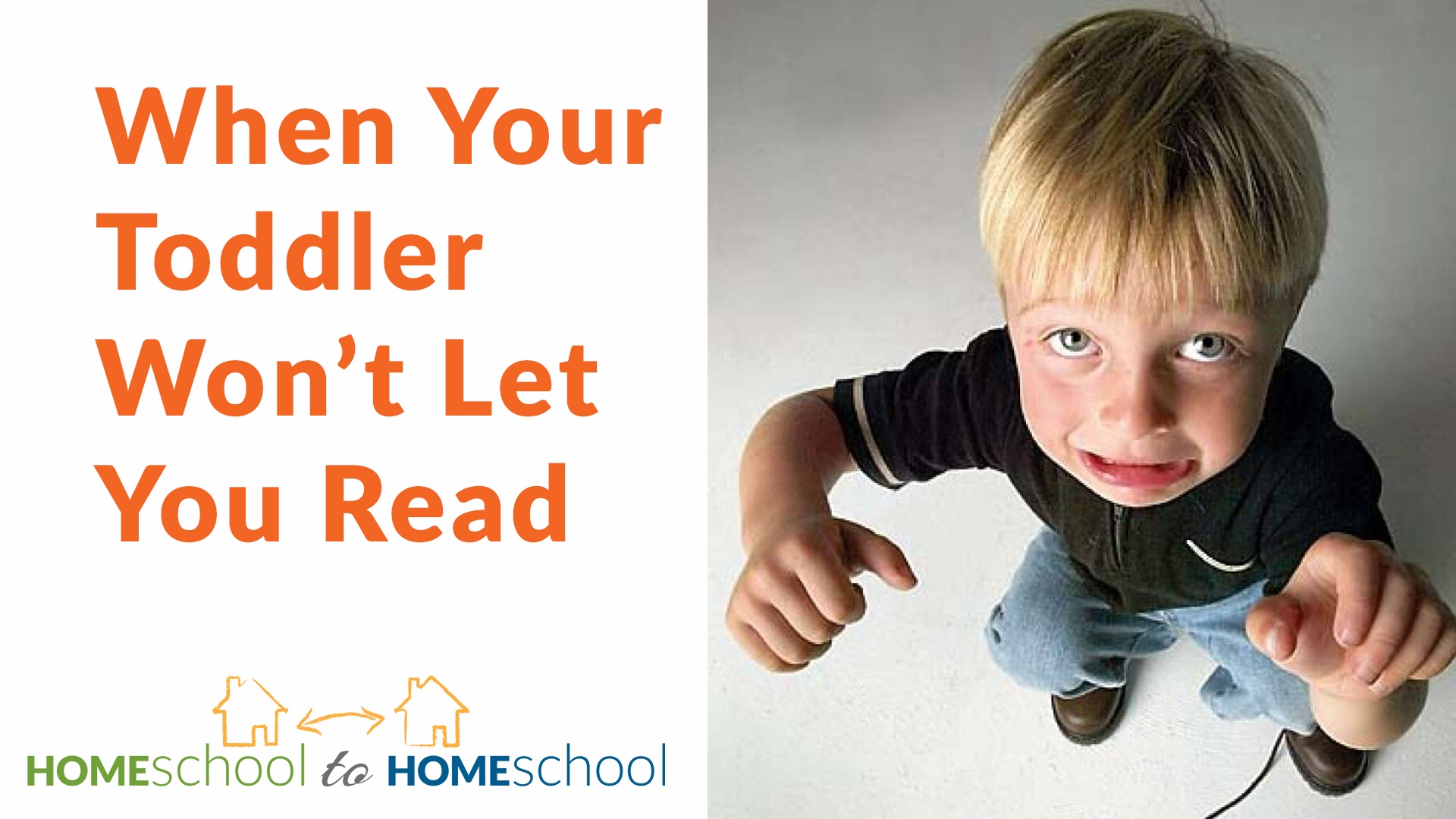 When Your Toddler Won’t Let You Read

Question: What do you do when your toddler won’t let you read with your older kids?

Answer: This used to happen to us ALL THE TIME!

My youngest was such a stinker. We would be sitting on the couch trying to read. He would run over and pull at the book … scream loudly … or even spit on us as we tried to read.

It was soooo frustrating!

First I tried distracting him with toys. I also would consistently ask him to stop. But nothing worked.

So my solution was finally to firmly but kindly take him to his crib during reading time.

Each time I would explain that if he couldn’t join us respectfully then he wouldn’t get to join us at all. It took about 6 months, but he finally outgrew that phase.

(Did you read that?!? … SIX MONTHS! … People — parenting and homeschool is NOT for the faint of heart. Sometimes it takes TONS of patience and love for some children to learn certain skills.)

Of course, I want to really reinforce that I was careful to make sure he was getting time from me at other times so he also felt like he was special and important.

This wasn’t about ignoring, this was about setting boundaries and helping him learn to control his impulses. 🙂